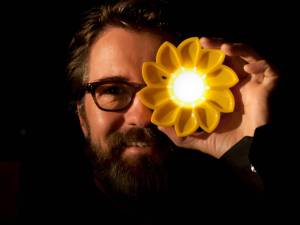 Olafur Eliasson, born in 1967. Grew up in Iceland and Denmark, lives and works in Copenhagen and Berlin 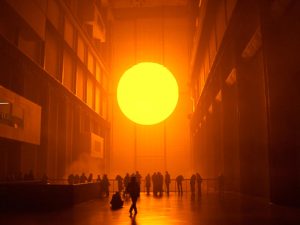 Olafur Eliasson combines art and science to explore our relationship with space and time. His work exemplifies the power of collaborative efforts, and his art is equally at home in museums, public space, and everyday life. Well-known for his 2003 installation The weather project, at Tate Modern London, which was seen by over two million visitors, and for Contact, his recent exhibition at Fondation Louis Vuitton in Paris, Olafur Eliasson’s work spans from photography and film to sculpture, installation, and architecture. Established in 1995, his Berlin studio today numbers about 90 craftsmen, architects, and art historians.

Little Sun is a social business and global project focused on getting clean, reliable, affordable light to the 1.2 billion people worldwide without access to electricity. The Little Sun lamps purchased enable delivery of Little Suns to off-grid regions of the world affected by climate change and desertification.

Little Sun: A Light for Everyone from Little Sun on Vimeo. 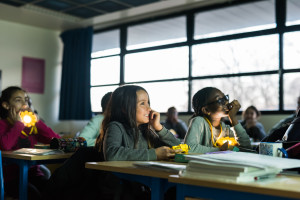 The Solar Kids Alliance: the alliance of schoolchildren from North to South, for a more united and sustainable future

On 7 November 2016, for the opening ceremony of the COP22 in Marrakech, the 2,000 Little Sun offered to the 2,000 delegates of the 196 Nations by the French Presidency of COP21, as symbols of North/South climate action, allowed the launch of the Kids Solar Alliance to the first classes of schoolchildren: 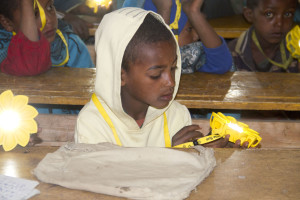 Through the distribution of these lamps that allow schoolchildren in off-grid regions of the South to study at night, the Solar Kids Alliance aims to make Little Sun the “little light” symbol of an education program contributing to action on at least 6 of the 17 UN Sustainable Development Goals:

Schoolchildren from North to South will be encouraged to share “what Little Sun illuminates differently in their everyday lives, what it changes for good”.

This project is a joint initiative of Artists4Climate and the Little Sun Foundation. 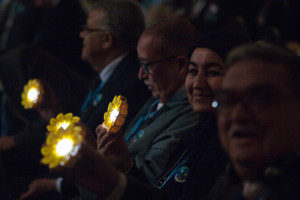 Little Sun for the opening ceremony of COP22, 7 November 2016

Ségolène Royal, President of COP21, invited all delegations to illuminate the room with Little Sun solar lamps. Two thousand lamps pierced the darkness of the room and created a wave of light, thus representing access to light and energy for all.

This event has been made possible thanks to the personal support of the French Minister of Environment, Energy and the Sea. The symbolic purchase of 2,000 Little Sun for the 2,000 United Nations delegates allows the financing of the first step of the “Children Solar Alliance”: making children of the world, North and South, power the future ! 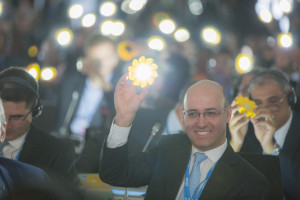 In the coming weeks, a few groups of children from Morocco, Ethiopia and France will discover what Little Sun can change in their daily lives, sharing their experiences on both sides of the Mediterranean Sea.

Little Sun in the hands of the 2000 UN delegates of the 196 parties for the UNFCCC COP22 opening in Marrakech on Nov 7 2016
www.littlesun.com
www.artists4climate.com 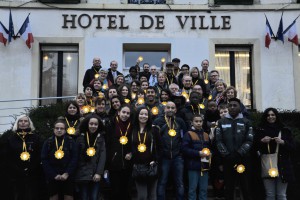 For COP21, a March is organized on 2d December from Montfermeil, a city where 80 nationalities are living together and with an ambitious cultural project ahead, to Le Bourget, site of COP21. Marchers have carried symbolically a Little Sun. On 3d December, students from Paris 1 Panthéon Sorbonne University have been invited to form a circle of light around Ice Watch, Place du Panthéon, as a sign of hope for the agreement to come in Paris (see video below).

The start of the march towards Le Bourget, in front of Montfermeil City Hall, December 2, 2015 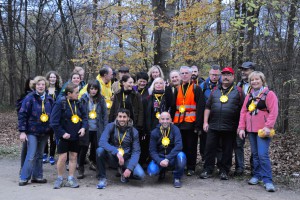 How does it feel to be a melting iceberg? from Little Sun on Vimeo.