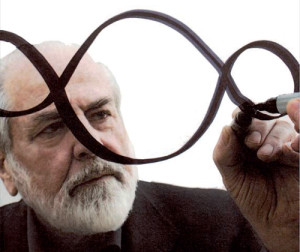 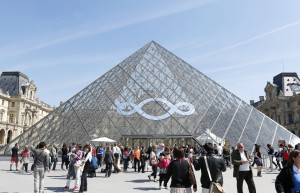 Important artist of the Arte Povera movement, Michelangelo Pistoletto does not separate art from life and invests all practices, envisioning the creation of a City of Art (Cittadellarte) that would bring together all forms of human activity. Michelangelo Pistoletto calls for the transformation of society through art, through its ability to surprise, to generate thought and to renew human relationships.

For the 70th anniversary of the United Nations, a sculpture was inaugurated in the park of the Palace of Nations in Geneva in October 2015. The sculpture “Rebirth” based on the infinity symbol, is composed of 193 stones representing the United Nations’ current Member States.

The artist is a graduate of Armando Testa’s advertising design school. 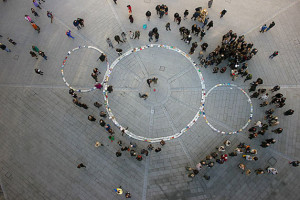 In 2004 the University of Turin awarded him doctor honoris causa in Political Science. On that occasion the artist announced what has become the most recent phase of his work, Third Paradise. In 2010 he wrote the essay The Third Paradise, published in Italian, English, French and German. According to the artist, “The idea of the Third Paradise is to lead artifice—that is, science, technology, art, culture and political life—back to the Earth, while engaging in the reestablishment of common principles and ethical behaviour, for on these the actual success of the project depends.

The Third Paradise is symbolically represented by a reconfiguration of the mathematical infinity sign.

In 2014 the symbol of the Third Paradise was installed in the hall of the headquarters of the Council of the European Union in Brussels for the period of the Italian Presidency of the European Council.

For COP21, Coalition is thinking about an alternative way to the Climate March through a performance reproducing a giant Third Paradise :“We are all into this together – To change everything we need everyone”.