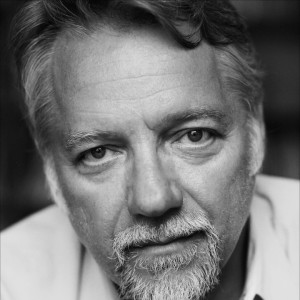 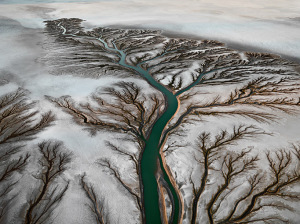 Edward Burtynsky received his BAA in Photography/ Media Studies from Ryerson University in 1982, and in 1985 founded Toronto Image Works, a darkroom rental facility, custom photo laboratory, digital imaging and new media computer-training centre catering to all levels of Toronto’s art community.
Early exposure to the sites and images of the General Motors plant in his hometown helped to formulate the development of his photographic work. His imagery explores the collective impact we as a species are having on the surface of the planet; an inspection of the human systems we’ve imposed onto natural landscapes.

In 2005, with Bono and Robert Fischell, he received the very first TED Prize. 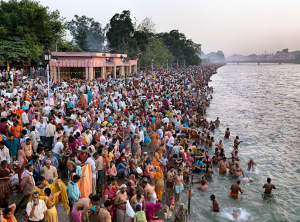 “While trying to accommodate the growing needs of an expanding, and very thirsty civilization, we are reshaping the Earth in colossal ways. In this new and powerful role over the planet, we are also capable of engineering our own demise. We have to learn to think more long-term about the consequences of what we are doing, while we are doing it. My hope is that these pictures will stimulate a process of thinking about something essential to our survival; something we often take for granted—until it’s gone.”

“I wanted to understand water: what it is, and what it leaves behind when we’re gone. I wanted to understand our use and misuse of it. I wanted to trace the evidence of global thirst and threatened sources. Water is part of a pattern I’ve watched unfold throughout my career. I document landscapes that, whether you think of them as beautiful or monstrous, or as some strange combination of the two, are clearly not vistas of an inexhaustible, sustainable world.”
(Walrus, October 2013)