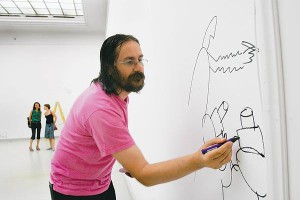 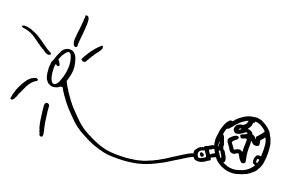 Between the printed pages of the press and the museum wall is a distance that Dan Perjovschi quickly crossed. The tip of his pencil, falsely naïve, sharp and funny, addresses all political and societal issues. More than ever now, he recalls the action to the artist and cartoonist, his ability to embody the issues of his time. He also played an active role in the development of civil society in Romania through his publishing activity (magazine Revista 22), and stimulated exchanges with the international art world. 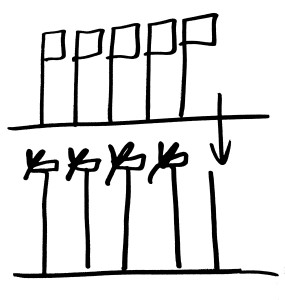 For COP21 and the Climate March, 29 November, from République to Nation in Paris, between two trips in Medellin and Jakarta, globe trotter and citizen of the world Dan Perjovschi has given the final touch to a new series of drawings: humour, winks, renewables, he plays with words and graphics, with the same apparent simplicity which provides such a obvious strength. Plan was to spread them under different formats to the “We have the Solutions” group in the 29 November Climate March in Paris, just cancelled : “We know what the solutions are – This is what the future will look like”. Alternative ways of action are being explored with the Coalition.