Founded in 2009, entreprise contemporaine specializes in the implementation of innovative projects that pair Corporate Social Responsibility (CSR) with the best contemporary art creations. entreprise contemporaine is leading the initiative, from the conception of Artists4Climate, to assembling partners and corporate sponsors, mobilizing actors during UNFCCC COP21, to the action being taken on selected sites with UNCCD. 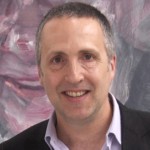 Founder, graduated from Sup de Co Brest, Didier led, for nearly 20 years, a career in several international groups of consumer products, ranging from fast moving consumer goods to luxury: Sales Director for the launch of Red Bull in France, Shopper Marketing and International Customers Director at Coca-Cola Europe, he previously worked at Moët Hennessy Diageo and Procter & Gamble. Didier is member of the board of P&G Alumni France and a member of several associations of friends of contemporary art institutions, including Association for International Diffusion of French Art (ADIAF), which produces the Marcel Duchamp Prize, ff which he was a member of the selection committee in 2010 and 2015. 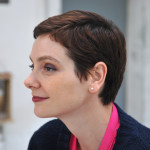 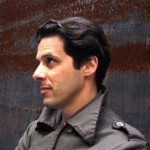 Architect, graduated from School of Architecture of Versailles, but also visual artist (drawing, photography), Touffik undertakes projects that are characterized by simplicity of forms serving the function. He has published in Janus magazine (No. 23) an article entitled “Back to the museum or the rebirth of Fun Palace”.

supporting entreprises from the social and solidarity economy