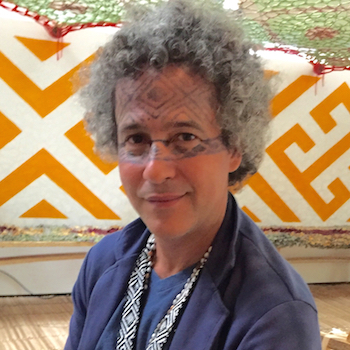 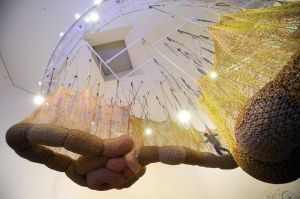 Ernesto Neto´s work occupies the space between architecture and biomorphism, with his organic sculptures, stretchable forms filled with fragrant spices, which are both monstrous and delicate. They explore the relationship between the species (animal, vegetable and mineral) and the idea of unity formed by all parts of a body.

« Through his formal vocabulary, Brazilian artist Ernesto Neto engages with the idea of social interaction. Neto has gained acclaim for his large experimental environments that dramatically alter our surroundings, engage all the senses, and invite to interact.

The Body that Carries Me, Guggenheim Bilbao, 2014 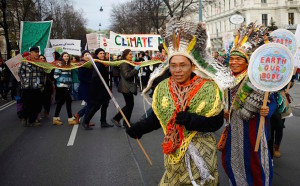 Aru Kuxipa expresses the vision and dream of the Brazilian artist Ernesto Neto and the Amazonian artists, plant masters, and pajés (shamans) of the thirty-two Jordão Huni Kuin communities. Together they co-create a place of transformation, a zone of encounter and expression, and a site of healing away from their ancestral lands.

This shared journey marks a crucial extension of concerns that have been evident in Ernesto Neto’s oeuvre over the past twenty years: an appreciation of the sensuality of being, the unity of bodies and nature, the celebration of life, and a search for deeper forms of union and correspondence.